Finding Treatments For Diabetes, With Chinese Herbs In The Mix 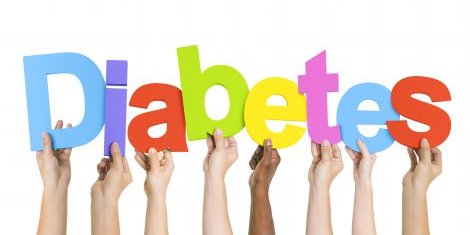 With millions of people suffering diabetes and at least one-third of the people in the U.S. having pre-diabetic conditions as a result of obesity or other illnesses and don’t even know it, more options are being sought to combat the disease.

People with diabetes are at an increased risk of serious health complications including premature death, vision loss, heart disease, stroke, kidney failure and amputation of toes, feet or legs.

Often you hear about Type 2 diabetes, which is the most common form of diabetes. It is a disorder of glucose metabolism that affects more than 6 percent of the worldwide population. Essentially, there is a problem in the body that causes blood glucose to rise to levels higher than normal, also called hyperglycemia. While cardiovascular mortality has been declining during recent decades, cardiovascular mortality among diabetic patients has been increasing.

You can manage the disease

Although the disease is serious, Type 2 diabetes can be managed, is preventable and a reversible condition with diet and lifestyle changes. That can occur through physical activity, such as exercise and diet. Controlling the disease can be accomplished through the appropriate use of insulin and other medications to control blood sugar levels.

A host of Chinese herbs and combinations of them have been identified as potential protective measures in the treatment of diabetes and efforts for its prevention. Science looks at it this way: Traditional Chinese remedies can be used, with insulin, to treat the pancreas and other damaged internal organ functions gradually, to control blood sugar and eventually reduce insulin dosage over time.

At least 800 plants have been identified in Chinese medicine in the treatment of diabetes, some as a single herbal extract or in a complex formula. The formula can be used as a supplement or in combination with western medicine to improve better therapeutic outcomes.

Let’s take a look at some of these herbs and what they can do.

More than 700 compounds have been identified in ginseng, and it has produced variable anti-diabetic results in animal and human studies, including lowered levels of serum glucose in rates.  It also has antioxidant properties, and may increase insulin sensitivity and impair glucose absorption.

Gymnema Sylvestre has been used for treatment of diabetes, hypercholesterolemia, joint pain and snake bits. The plant is found in tropical and subtropical regions. The leaf extract of the G. sylvestre has been marketed as herbal supplements for diabetic patients. The herb finds significant application in various food preparations for control of obesity and blood cholesterol levels besides regulation of sugar homeostasis.

The herbs have a protective effort especially related coronary artery disease patients, which can be the result of diabetes. Shao-Yao-Gan-Cao-Tang is composed of Radix Paeoniae Alba (Bai-Shao) and Radix Glycyrrhizae Preparata.

Radix Rehmanniae is known for a wide variety of treatments, including studies that showed in animal studies improvements in diabetic foot ulcers. In Chinese medicine, it is usually prepared in combination with other herbs such as Radix ginseng, Radix Scutellariae and Radix Astragali.

Chinese_Herbal_Medicine_Tianqi_Reduces_Progression_From_Impaired_Glucose_Tolerance_to_Diabetes_A_Double-Blind_Randomized_Placebo-Controlled_Multicenter_Trial. The Journal of Clinical Endocrinology and Metabolism. 2014. DOI: 10.1210/jc. 2013-3276.