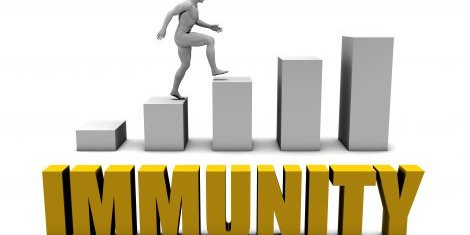 Exercise is good for you, so it might seem like any type of exercise would also support immune response. It turns out this isn’t true. Some exercises are better for the immune system than others.

While all exercise does stimulate the immune system, some exercises improve immune response while others suppress it, researchers have found. That’s not to say you shouldn’t enjoy doing any of these exercises if they are ones you like. It does suggest, however, that perhaps “pushing through” when you’re feeling ill or feel an illness coming on isn’t the best idea.

With that in mind, let’s look at the exercises you should avoid and those that improve your immune response.

Stress suppresses the immune system. It happens with your body’s release of cortisol and norepinephrine in response to the sympathetic nervous systems fight-or-flight response to stress. It’s also why a person under chronic stress is prone to sickness.

High intensity exercise creates stress. This goes for short-burst efforts like the popular HIIT workouts or long aerobic cardio workouts. In both cases, the body responds to the strain created by these efforts. But researchers have discovered the stress response and corresponding immune suppression are not the same.

Individuals who do long, high-intensity workouts like running experience the longest period of immune suppression. It’s been shown through animal studies that prolonged exercise like this increases the risk of flu even more than inactivity.[ii]

Other studies have shown that the longer the break in between workouts, the better the body recovers. This suggests the longer, more demanding exercise has a more negative impact than the short-burst exercises like HIIT. A study of the HIIT exercise did find a small inflammatory response; but the longer rest period between workouts appears to give the immune system a chance to recover better.

Based on the research, it appears if you need to protect your immune system, it’s best to avoid the long, intense cardio workouts. If you’re sick, it’s probably best to skip any intense exercise altogether.

Of course, if you do want to get up and move around, it’s probably best to turn to the moderate types of exercise that help and support the immune system.

Try These Exercises to Boost the Immune System

Breathing. Sitting and breathing may not sound like exercise, but serious practice of deep or diaphragmatic breathing will get the heart going and calm you too. Deep breathing creates a natural boost in heart rate as the heart pushes oxygen-rich blood throughout the body. This boost is offset by the natural calming effect created as the deep breaths exercise the diaphragm and activate the parasympathetic nervous system. Plus, the increased oxygen supply helps the immune system fight disease by keeping immune cells active.

Yoga. The practice of yoga promotes blood flow, deep breathing and relaxation, an essential part of recovery. The different poses in yoga can be used to calm the nervous system, encourage blood flow to all areas of the body and stimulate the thymus.

Tai Chi. The flowing and adaptable art of Tai Chi may be one of the most studied for its positive effects on immune health. Research has suggested it boosts T cell response.  In one study, researchers noted Tai Chi prompted an immune response like that of a vaccine.  Tai Chi also features deep breathing, whole-body movement and mindfulness, all elements that provide exercise that encourages relaxation.

There are several styles of Tai Chi, but in many ways their movements are similar. This makes any form of Tai Chi a great way to boost immune response.