Exercise Benefits Memory In People Of All Ages 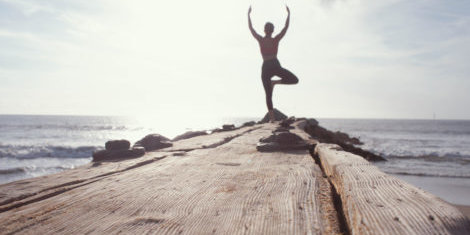 We know exercise is good for the body. It turns out, it is also really good for the brain, especially the memory. Research shows it’s not just older people who experience the benefits; exercise benefits memory in people of all ages.

Studies in recent years have shown the effect on memory is direct.

The first two groups showed improvement in high-interference memory and increases in proteins that support the health and well-being of the brain.

Earlier research completed by University of British Columbia researchers and published in the British Journal of Sports Medicine showed exercise changes the physical structure of the brain.

Researchers found aerobic exercise lead to significant improvements in overall hippocampal volumes. In the brain, the hippocampus is responsible for memory, mood and learning. As the researchers noted, previous research they had done showed aerobic exercise improved memory in healthy women and those with mild impairment.

This study is significant as the participants were women ages 70-80. They also had been diagnosed with mild cognitive impairment. Plus, their exercise consisted of a brisk one-hour walk, two times a week for six months.

A 2013 study published in Frontiers in Aging Neuroscience produced similar reults in older adults ages 57-75. That study found aerobic activity performed three times a week for an hour over three months improved memory, recall and increased hippocampal volumes. In this study, the adults selected for the study lived what was termed a sedentary lifestyle. This suggests improvements change be experienced regardless of past activity levels!

These benefits are not limited to older adults either. A study published in Medicine & Science in Sports & Exercise reported children 9-11 years-old had more aerobic activity and muscle fitness performed better academically.  An earlier study by Dartmouth College and reported in Psychology Today found exercise improved memory and helped children suffering from ADHD.

What’s the Best Type of Exercise to Improve Memory?

Research done so far suggests brisk walking for 2 -3 hours a few times a week may be enough. Of course, more may better, but the best exercise for any individual depends on the health of the individual and should be developed in consultation with a primary healthcare provider.