Examining The Science Of Preventing Aging 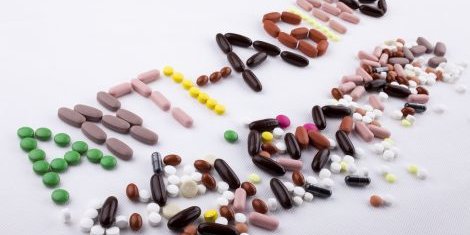 While there are many different theories about aging and preventing aging, scientists are especially looking closely at one thing: the importance of a nutrient found in milk.

First, let’s think about this: One of the major impacts that can fend off the physiological signs of aging involves cutting down calories, studies show. That has been proven in research into fruit flies, roundworms, rodents and yes, even people, and possible health benefits, according to the University of Colorado researchers.

In some ways, however, people may not have to reduce the calorie intake by reducing food. That may seem strange but there’s a dietary supplement called nicotinomide riboside (NR) that essentially “mimics” how the body deals with calorie restrictions without a person actually, well, cutting those calories.  Nicotinomide riboside was originally identified as a nutrient compound found in milk.

It also “lowers blood pressure and reduces arterial stiffness, and helps with mild hypertension,” according to the University of Colorado study published in the journal Nature Communications. There are many potential healthy benefits to it, including helping people keep a healthy circadian rhythm, improving muscle tissue in the brain, liver and metabolism, the study said.  In addition, it may prevent obesity, poor diet and related metabolic disorders, although researchers say further research is needed.

“This was the first ever study to give this novel compound to humans over a period of time,” said senior author Doug Seal, a professor and researcher at the Department of Integrative Physiology in a statement. “We found that is well tolerated and appears to activate some of the same key biological pathways that calorie restriction does.”

Forms of Vitamin B3

Nicotinamide riboside (NR) is considered a precursor of a chemical agent known as nicotinamide adenine dinucleotide, NAD+. It is also a form of Vitamin B3. In chemistry, a precursor is a compound that participates in a chemical reaction that produces another compound. There are different compounds involved in Vitamin B3. One of the most well known is nicotinamide, a water soluble form of Vitamin B3, which is produced by eating niacin-rich foods, including eggs, cereal grains, nuts, legumes, poultry and fish. These preventing aging supplements also have been used to treat skin conditions.

NAD+ is required for activation of enzymes called sirtuins, which are considered an important chemical element linked to calorie restrictions, the University of Colorado study says. Sirtuins also can help generate energy in tissues within the muscles, brain, and liver and also help circadian rhythm.

Several studies have shown that, unfortunately, NAD levels decrease with age in the body, especially in the skin and brain.  And that’s where the study and possibilities of nicotinamide riboside come in, and can be extremely helpful, scientists say. The efficacy of these and other NAD precursors in preventing age-related health problems has been borne out in several animal studies. Studies have shown that NAD element has been able to protect against metabolic problems and tissue damage.

There are other areas that show how NAD and its precursors may protect against other ailments or diseases.

One of the things scientists explore to promote preventing aging is the ability to restrict weight gain. Studies have shown in animal studies that NAD+ has protected against obesity in mice despite a high fat diet.

NAD+ may play a role in the process of cancer formation, so there is evidence that “evidence that modulation of NAD+ levels could be important in cancer prevention,” and its progression, according to the Journal of Clinical and Experimental Oncology.

“NAD+ restoration could prevent or reverse the phenotype of malignant cells at early stages by inducing cellular repair,” the scientists said.

Sepsis remains a major cause of mortality in intensive care units. As a precursor, Nicotinamide riboside “plays an important role in regulating oxidative stress,” according to a study.  It added: “Administration of NR elevated NAD levels and elicited reduction on oxidative stress, inflammation in the lung and heart tissues leads to less mortality in sepsis models.”

So what about longevity? While taking these supplements appears to show health improvements, so far the idea that these molecules can increase longevity itself is uncertain. In a study of mice that was designed to replicate human trends in obesity, with related poor diet and related metabolic disorders, the results found no change in longevity.

In the report, scientists said they hope “hope future studies in this may help reveal how NAM supplementation can be explored for use in humans ultimately to counteract harmful effects of poor diet while improving physical and metabolic performance.”

Lisa Marshall. 2018. A pill that saves off aging? It’s on the horizon. CU Boulder Today. Retrieved from: https://www.colorado.edu/today/2018/03/28/pill-staves-aging-its-horizon