Endocrine Disruptors And How To Avoid Them 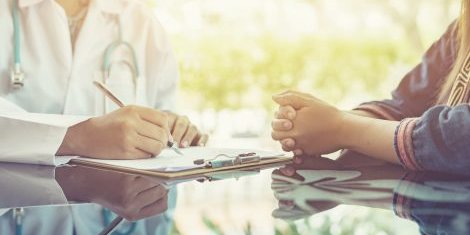 Endocrine disruptors are one of those things that most of us don’t ever think about, but we encounter them every day. And in this case, what we don’t know may harm us. Experts in the field of endocrine disruptors say that humans and wildlife are an uncontrolled experiment in the effects they have on bodily systems.

They are in computers, makeup, air, food, clothing, kids’ toys, and water. What are they? They are specific chemicals that are found everywhere in our daily lives.

The endocrine system is also known as the hormone system because it is made up of glands that regulate the body’s hormones. Hormones released into the bloodstream send chemical messages to act on organs. There are over 50 identified hormones in the human body.

Hormones regulate body functions such as insulin (blood sugar), growth, energy, development, metabolism, and reproduction. Estrogen, progesterone, testosterone, adrenaline, and thyroxine are a few of the hormones produced by the endocrine system.

When the endocrine system is disrupted with either the glands not making enough or too many hormones, it can affect the body and cause medical conditions. For example, Grave’s disease is a thyroid condition caused by the overproduction of thyroid hormones. Hypothyroidism is another thyroid disease but is caused by insufficient hormone productions.

Endocrine disruptors can also interfere with or block the how the body’s hormones are made or controlled. For example, they can alter the liver’s metabolism.

Research shows that they can negatively affect reproduction, neurological, development and immune systems. The problem with endocrine disruptors also extends to wildlife because of chemicals released into the environment.

The Twentieth century gave rise to the chemical industry. It revolutionized the world. After World War II, the chemistry industry went into full drive. There are over 80,000 chemicals in use. They are in the water, food, and air we breathe. And there are no requirements in the U.S to show that chemicals are safe before people are exposed to them. In other words, chemicals are considered safe until proven otherwise.

Here are three common endocrine disruptors found in everyday life and how to avoid or reduce your exposure to them.

Bisphenol A (BPA) is found in polycarbonate plastics and epoxy resins.  BPA mimics the female hormone estrogen. Research suggests it affects the brain, behavior, heart, and prostate gland in fetuses, infants, and children. It has also been connected to cancer and reproduction disorders.

Avoiding BPA – A few years ago there was a great deal of publicity on BPA in plastic containers and especially baby bottles. Many companies removed BPA from baby bottles. However, BPA is still used in some plastic and the linings of some canned goods.

Cells in the body die under a process call death-inducing signaling, which is normal. However, research shows that phthalates can trigger the normal cell process that tells cells to die. They have been linked to testicular cancer. Phthalates are also associated with breast and other cancers.

Adult women, researchers found, had higher levels of phthalates molecules in their urine than men. The phthalates were the type found in soaps, cosmetics, shampoos, body washes, and other personal care products. Also, a 2018 study by George Washington University found higher phthalate levels in people who dined out or ate prepared foods compared to those who ate their meals at home.

Exposure to phthalates can come from drinking beverages and eating foods that make contact with plastics that contain them. The government bans certain phthalates in specific children toys and other baby products, but not all phthalates.

Avoiding Phthalates – It’s impossible to avoid contact with phthalates because they are everywhere. The most you can do is reduce your exposure.

Fire retardants are usually sprayed on products after being manufactured. So, they escape into the air and stick on surfaces like furniture. They are found in sofa and chair cushions, building insulation, personal computers, televisions, carpets, and other everyday products. Many baby items contain these chemicals; they are found in infant changing table pads, car seats, crib mattresses, nursing pillows, and other baby products. In one study, researchers found the same levels of fire retardants on toddler’s hands that was in their blood.

Avoid fire retardants – Several states are in the process passing bills to restrict the use of flame retardants. However, nothing is passed yet, and not all states are doing it.

The three endocrine disruptors mentioned in this article are just a portion of chemicals that we encounter every day that can be affecting our endocrine system. The Environmental Working Group is a nonprofit organization that tracks chemicals and how they affect humans. Their website includes information on brands that have chemicals and those that don’t use endocrine disruptors. Here’s the link to their site: Environmental Working Group.

Questions & Answers on Bisphenol A (BPA) Use in Food Contact Applications. Retrieved from https://www.fda.gov/Food/IngredientsPackagingLabeling/FoodAdditivesIngredients/ucm355155.htm