Does Diet Affect My Mood? 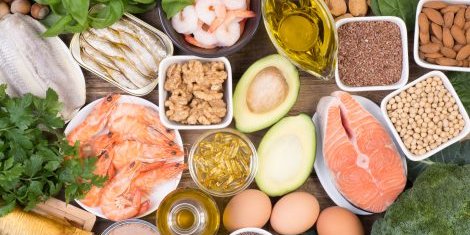 In recent years the digestive tract has been referred to as the “second brain.” This nickname comes from the large number of neurons lining our guts. While this brain doesn’t think, research shows it may have a lot to do with how we feel.

Researchers continue to study the precise mechanisms of how it works. At this point, a lot more discoveries remain to be made. The results so far do say, ‘Yes, your diet affects your mood.’ Let’s take a closer look.

Over the last decade, numerous studies have examined the connection between diet and depression. Many have found a correlation between the two. A recent Canadian study continued this trend.

Researchers examined diet quality and symptoms of depression in 145 women attending a Canadian university. They found diets with poor nutritional quality related directly to the presence of depressive symptoms. The women who had better diets felt better.

A study published in BMC Medicine reported dietary changes significantly improved cases of moderate to severe depression. The Australian researchers divided study participants into two groups; one group received dietary support, while the other received social support. Feelings of depression reduced the most in group who made the dietary changes with more than 30% experiencing full remission!

The ability of simple dietary changes like these to create such significant changes in individuals with moderate to severe depression shows the powerful affect of diet on mood. It reveals the relationship between our choices in food and how we perceive ourselves and our world. It also shows the immense interconnectedness between us and our environment.

How to Support a Positive Mood with Diet

Every person has unique tastes and dietary needs. Our bodies do share similar nutritional requirements, beyond the obvious vitamins, mineral and other nutrients needed to thrive. One of these is probiotics, or the health-promoting bacteria that live symbiotically in our guts.

B. longum isn’t the only probiotic bacteria to produce these results. Another small earlier study reported B. lactis, L. lactis, L. bulgaricus, and S. thermophiles produced a similar effect. The researchers used fMRI scans and noted activity changes in the brain regions responsible for emotion in the female subjects.

These studies have led some researchers to call the probiotic bacteria that promote this effect “psychobiotics.” Many of these specific probiotic strains flourish when “fed” undigestable sugars, or fiber, natural in fruits and vegetables. Processed foods have the opposite result, killing off these bacteria and as noted in the Canadian University study, leading to less positive, more depressed moods.

How we feel appears directly related to what we eat.

The Best Diet for Mood
So, is there a best diet for a positive mood?
A post in Psychology Today tackled that question a few years back with a good review of the science and a practical recommendation. The author noted that a Spanish study involving 10,000 people found those who ate a Mediterranean diet had half the chance of developing depression.
That doesn’t mean you should adopt this diet. It does mean, however, that you should be careful of what you eat. The best diet will meet your unique nutritional and personal needs. To determine this, talk with your primary care provider or nutritionist.