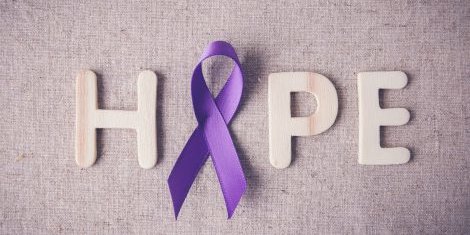 Danggui-Shaoyao-San(DSS), also called Tokishakuyaku-san or Dangguijakyak-san, is a famous herbal formula composed of the following 6 raw herbs: Angelica sinensis Radix (Dang Gui), Paeoniae radix (Shao Yao), Chuanxiong Rhizoma (Chuan Xiong), Poria (Fu Ling), Atractylodis macrocephalae Rhizoma (Bai Zhu) and Alismatis Rhizama (Ze xie). DSS first appeared in the Jin Gui Yao Lue (Essentials from the Golden Cabinet), by Zhang Zhong-Jing, one of the most eminent Chinese physicians in ancient China who made a great contribution to the development of Traditional Chinese Medicine (TCM). DSS is often thought to be the oldest formula for the treatment of liver-spleen disharmony. The basic pattern addressed by DSS is liver overacting on spleen with blood deficiency, water accumulation, and liver qi stagnation. Thus, its classical actions include building and nourishing blood, softening the liver and smoothing the liver qi, augmenting spleen qi and eliminating water accumulation, and unblocking blood vessels and gently invigorating blood. As is evident from its constituents and TCM syndrome differentiation, it has been widely used in the treatment of various gynecological diseases. But recent studies have found that DSS also plays a role in free radical-mediated neurological diseases, with the function of anti-oxidation, attenuating inflammatory reaction, and reducing cell apoptosis in the hippocampus. DDS is bringing a new hope for Alzheimer’s disease (AD).

The neuroprotection function was mediated through the main components of DSS. FA, a natural antioxidant and a putative AD neuroprotective compound, can reverse morphological defects induced by amyloid ? (A?) oligomers. PF exerts protection against A?-induced neurotoxicity by increasing GSH content, suppressing NOS activity and NO level, and decreasing carbonyl protein (CP), malondialdehyde (MDA) levels. LIG is able to reduce cleaved caspase-3 and GFAP levels and the level of MDA as well as increase the activities of Na+/K+-ATPase and expression of GAP-43. Tetramethylpyrazine (TMPZ) is an active ingredient isolated from a commonly used Ligusticum chuanxiong Hort., which markedly inhibits the expressions of nitrotyrosine and iNOS to mediate the free radical scavenging activity in ischemia-reperfusion brain injury. In together, the mechanisms of protecting the neuronal damage and cell apoptosis suggested that DSS could provide more useful ways for developing more comprehensive and potent therapeutic strategies for AD.

DSS modulates metabolism of monoamine neurotransmitters including increasing the content of norepinephrine (NE), DA and 5-hydroxytryptamine (5HT) in brains of aged mice while protecting the cortical ultrastructure, which may be the major mechanism of DSS for improving memory dysfunction induced by alcohol. In addition, DSS not only increased ACh and blood flow in intact rats, it also increased ACh in ischemic rats in the dorsal hippocampus (DH), suggesting that DSS can improve the cognition.

DSS attenuated the impairment of learning acquisition induced by colchicine while increased the level of SOD in the brain. In addition, DSS inhibited A?25-35-induced neuronal damage and lactate dehydrogenase (LDH). FA can improve hyperactivity, object recognition, and spatial, working, and reference memories through decreasing A? production and reducing amyloidogenic APP proteolysis. FA reduced IL-1? levels and amyloid deposition in the frontal cortex while pretreatment with FA could suppress increases in immunoreactivities of glial fibrillary acidic protein, the astrocyte marker, and IL-1? in the hippocampus with A?1-42.

Estrogen is a potent factor that may play an important role in the preservation of vascular disease and improve blood flow in regions of the brain affected by AD. DSS could increase the estradiol, NO, and glycine, and ameliorate deterioration of cognition in SAMP8 mice, especially in females. In vivo, DSS can stimulate the production of estradiol-17 ?, progesterone, and testosterone by preovulatory follicles.

Hypercholesterolemia and type 2 diabetes are considered important risk factors for AD. However, the components of DSS have effects on these two risk factors. GA has potent anti-obesity and anti-oxidative activities and can protect against hypercholesterolemia. FA can significantly decrease blood glucose and increase serum adiponectin levels.

In general, DSS has multiple disease modifying properties including anti-inflammation and antioxidant activities, neuroprotective/neurotrophic activities, regulation of the neurotransmitter and the central nervous systems, and modulation of amyloid precursor protein metabolism. Therefore, it might not only contribute to multiple symptomatic improvement, but also play important roles for the treatment of neurodegenerative diseases by interfering with multiple factors of the disease, such as AD.