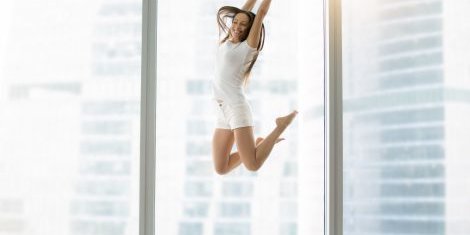 Cordyceps may be nature’s most unique energy enhancer. This rare and prized medicinal fungi has been used by Traditional Chinese Medicine for centuries to boost energy and overcome fatigue. The Sherpas and the people of the Himalayas have also relied on it. And that’s part of what makes it so unique.

Many resources refer to Cordyceps as a medicinal mushroom. That’s not accurate. Cordyceps sinensis is a fungus. It occurs naturally only in the high altitudes of the Himalayas, where the Himalayan Ghost Moth lives. This is where Cordyceps gets interesting…

This medicinal fungus which grows only at and above 16,000 feet needs the Ghost Moth. When a spore of Cordyceps lands on the larva of the ghost moth, it germinates. Then it begins to grow and become mycelium, strands of the fungus, that will consume the insect from the inside. In the right conditions, it will produce a fruiting body and the process starts all over. It’s probably no surprise it’s also called the caterpillar fungus.

It might sound like a horror-movie plot for the ghost moth, but for people it’s one of nature’s most potent energy enhancers. According to tradition, people started eating the mushroom when they noticed their animals that did grew strong and more energetic. Today, research has confirmed Cordyceps ability to boost energy safely and naturally.

Cordyceps support for energy production means it offers benefits to anyone in need of an energy boost. Researchers have also tested it to see its effect on exercise.

In one trial, they examined the effect of a blend of Cordyceps and Rhodiola on athletes doing high altitude training. After two weeks, the treatment group had a higher red blood cell count and were able to perform for a longer period of time.[v]

It has also been used to:

Researchers have even suggested it may help support cancer therapies.

How to Take Cordyceps

With so many uses, the demand for Cordyceps has dramatically increased in the last two decades. Today, harvesting Cordyceps is a big business. Being rare, one kilogram of Cordyceps sinensis can go for as much as $20,000!

Fortunately, innovative approaches have produced Cordyceps mycelium that provides the same health benefits – and without the cost! This makes the health and energy-boosting benefits of Cordyceps available to more people.

Traditionally, people would eat Cordyceps in soups, teas or stews. Most people today take it in supplement form. While many supplements provide Cordyceps on its own, Traditional Chinese Medicine would recommend taking it as part of blend.

This idea of synergism enhances the power of each of the herbs. One popular combination is Cordyceps, Rhodiola and American ginseng. It delivers the energy-enhancing power of Cordyceps with two additional energy support herbs to provide a safe, non-caffeinated way to get an immediate energy boost.