Controversy Over Opioid-Alternative: Kratom – What’s Next? 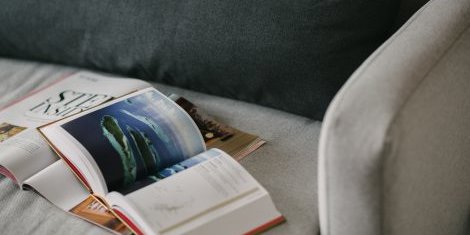 As the U.S. struggles with an opioid epidemic, government officials, doctors and patients are confronting drugs too heavily used and sometimes too often prescribed.

Everyone is searching for opioid alternatives for patients, many of whom are coping with intense pain. An estimated 91 million people were prescribed opiate painkillers in this country, and 2 million people suffer from substance abuse disorders linked to the medications, according to the National Institutes of Health.

There are many people seeking different treatments, including supplements, as options to opioids, or trying to treat their withdrawal symptoms from opioids. One of the most controversial is a plant-based supplement, Mitragyna speciosa, known as kratom, derived from a plant native that had been used for thousands of years in Southeast Asia for pain relief.

Kratom has a history of being sold as a dietary supplement and has been used to manage pain. Mitragyna speciosa grows naturally in Thailand, Malaysia, Indonesia, and Papua New Guinea and has been used for many years in Southeast Asia as an opium substitute.

It’s from a plant, but it still can be an opioid, and produce morphine-like impacts, and that creates a dilemma.

Although it has been sometimes promoted as a natural alternative pain remedy, Kratom contains chemicals found in opioids, according to the federal Food and Drug Administration. While a few doctors have encouraged their patients to try kratom and their supporters enthusiastically support it, the FDA has been strongly against it.  Kratom has been usually taken as a powder, and the dosage has had stimulant and sedating properties. Kratom remains legal under federal law, but FDA officials want supplement companies to take kratom off the market. Inspectors also have been removing and destroying shipments of kratom from overseas.

The FDA has issued warnings about reports of injuries and deaths linked to kratom use. At least 44 deaths have been reported involving kratom since 2011, according to the FDA. Because of the reported health risks associated with its use, the FDA has banned the import of kratom.

Still, without question there has been an increase in use of kratom in the U.S, while government agencies have stepped up their concerns. A July 2016 report by the Centers for Disease Control and Prevention (CDC) noted that calls to poison centers about kratom exposure increased ten-fold from 26 in 2010 to 263 in 2015

The FDA also has linked kratom-containing dietary supplements to 28 cases of salmonella poisoning.  While supporters of kratom say there should be recalls of any product that contains salmonella, they oppose using the food safety investigation as a government step toward a mandatory recall of kraton products in the marketplace.

The FDA claims kratom is an opioid based on the agency’s extensive computer reviews that show its receptors in the brain also respond to heroin, morphine, oxycodone and other opioids.

FDA Commissioner Scott Gottlieb said there was no FDA-approved medical uses for kratom. “Claiming that kratom is benign because it’s just a plant is shortsighted and dangerous,” Gottlieb said in a statement.  “It’s an opioid. And it’s an opioid that’s associated with novel risks because of the variability in how it’s being formulated sold and used recreationally.”

However, a major supporter of kratom says it has a long history of acceptable safety consumer use as an alternative pain management therapy. In addition, it provides a “more favorable safety profile for consumers compared to more dangerously addictive and potentially deadly classical opioids,” says the American Kratom Association.

The U.S. Drug Enforcement Administration had considered placing kratom in the same category of illegal drugs as heroin and LSD.  There were numerous protests about the proposal, however, including a letter signed by members of Congress, against it, forcing the agency to withdraw it. Some states, however, have taken steps to ban the supplement or classify it as a Schedule One drug, the same as heroin.

Gottlieb said the FDA is willing to evaluate further evidence involving kratom. He added: “The FDA stands ready to evaluate evidence that could demonstrate a medicinal purpose for kratom,” he said. “However, to date, we have received no such submissions and are not aware of any evidence that would meet the agency’s standard for approval.”

FDA and NIH statements on kratom:

How to improve your metabolism with NatureKue product?

cGMP: The Foundation of NatureKue’s Promise of Quality

Supplements for a Healthy Holiday and New Year