Checking On Your Cholesterol Levels 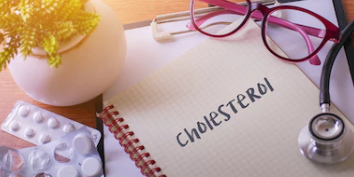 When people talk about some of the “invisible things” affecting their overall health, especially their heart, there is one word that stands out: Cholesterol.

For many, say the word “cholesterol” and then it’s the word “numbers.” It is mixed in numbers, how much cholesterol do you have?

One of the most important things for patients to know is this: Cholesterol can be controlled.

Cholesterol is described as a waxy, fat-like substance. The body uses cholesterol to make cell membranes, hormones, Vitamin D and the bile acids, which help everyone digest food.  That’s all the body needs, according to the

Centers for Disease Control and Prevention.

Having too much cholesterol forms plaque in the blood. That substance sticks to the walls of arteries. When the plaque is built up, that is known as atherosclerosis. That can lead to the narrowing or blocking of coronary arteries and result in coronary disease. If the flow of oxygen-rich blood to your heart is reduced or blocked, it can cause angina or heart attack and stroke, the two leading causes of death in the U.S.

About one in every six adult Americans has high cholesterol, and anyone, including children, can develop it. There are things beyond anyone’s control that can lead to increased risks for higher cholesterol, including age, sex, and hereditary. Generally, your cholesterol levels tend to increase as you get older.

While there is so much talk about cholesterol, it doesn’t have symptoms. Many people who have high levels of cholesterol don’t know their levels are high.

There are two types of cholesterol: “bad” and “good.”

The body produces low-density lipoprotein (LDL), the so-called “bad” cholesterol. It is so-called because a high level leads to the build-up of plaques in the body.

What causes a person’s LDL level to be high? Most of the time diet is the big reason. Eating foods rich in saturated fats, trans fats, and easily digested carbohydrates boost LDL.

Genes are sometimes at the root of high cholesterol, and some medications can increase LDL.

If you have high cholesterol, making changes in your diet can help bring it down into the healthy range. Exercise can help boost the level of protective HDL.

For now, think of LDL cholesterol “as being like a family member who carries stuff all through the house and drops it along the way,” says the American Heart Association. HDL cholesterol is “like someone who picks up the dropped stuff and puts it away. It helps from keeping the house impassable.” Two much of the bad kind and or not enough of the good kind increase the chances that cholesterol will start to slowly build up in the inner workings of the arteries that feed the heart and brain.

Lowering high cholesterol levels is important for people of all ages, with and without heart disease.

When lifestyle changes don’t have enough of an impact on cholesterol levels patients are often advised to take medications, such as statins or cholesterol-lowering drugs.  Essentially, they block the liver’s release of excess cholesterol.  But Western medicines may lead to side effects, such as pain and weakness, and elevated liver enzymes.

Chinese herbs “can improve the elasticity of the arteries and maintain healthy blood circulation, and produce little or no side effects compared to Western medicines that lower cholesterol,” Livestrong stated.

Among the identified herbs that studies have indicated an impact on cholesterol is red yeast rice, which contains lovastatin, which has a similar effect as statins. Red yeast rice , a traditional Chinese culinary and medicinal product, and dietary supplements containing red yeast rice have been marketed to help lower blood-levels of cholesterol and related lipids, said the National Center for Complementary and Integrative Health. But there are different types of red yeast rice and the amount of the ingredient (monacolin K) varies widely among products. Some products may not be safe, the agency said. Some may have the same side effects as certain cholesterol lowering drugs and some may contain potentially harmful contaminants.

Different herbs also have been tested in clinical trials with claims to be effective in lowering cholesterol, including Radix Salviae miltiorrhizae. Daming capsules also have been highlighted in different studies about the potential impacts on cholesterol, according to studies.

Da Huang, the Chinese rhubarb, also has been cited for potential cholesterol-lowering effects.

Cholesterol By the Numbers

Doctors can do simple blood tests to check your cholesterol.  Most adults should get their cholesterol levels checked at least every five years.

What levels of cholesterol are healthy?

(Cholesterol levels are measure in milligrams mg of cholesterol per deci liter ( dL) of blood.)

Check the numbers. Lowering high cholesterol levels is important for everyone, at all ages.  Your heart will thank you.