Caffeine Intake: A Concern For Children And Teen 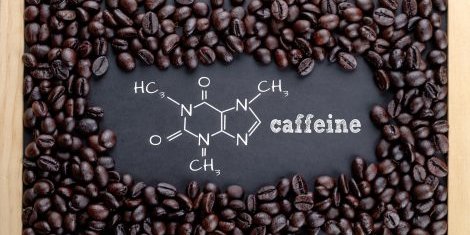 Caffeine Intake: A Concern for Children and Teen

Caffeine intake – while many don’t consider it as a concern, caffeine is the most psychoactive drug consumed throughout the world and . It is classified as a drug because of its stimulating effects. Most people are unaware of how powerful a drug it is.

Caffeine was once limited to adults, however, because it is so commonplace and acceptable, more and more children and teens are consuming it. As a result, it is negatively impacting their health.

According to Murray Carpenter, author of Caffeinated: How Our Daily Habit Helps, Hurts, and Hooks Us, says that one tablespoon of caffeine or about 10 grams can kill a person. In his book, he relates the story of a college student who went into a seizure after chugging spoonfuls of a caffeinated energy drink.

In a 2009 report published on Pub Med Central a division of the National Institute of Health’s National Library of Medicine, caffeine use among children and teens increased 70% over a 30 year period. A 2014 study in the journal Pediatrics estimated that 73 percent of children consume caffeine every day.

The increase is primarily being driven by energy drinks containing caffeine. Some of the drinks contain caffeine that is equivalent to five cups of coffee along with high levels of sugar. Energy drink sales have grown by 60% between 2008 and 2012 with sales reaching 55 billion dollars. Those that contain caffeine have the highest market share. Children and adolescents are the target audience for energy drink manufacturers.

Soda and coffee type beverages are the other two types of caffeine drinks preferred by this demographic. The availability of caffeine is broadening because it’s added to other foods, such as water, candy, gum, and other food products. For example, one caffeinated gum product claims that 144 pieces of their gum are equivalent to 72 cups of coffee.

Caffeine and the Body

Caffeine is an energizer that stimulates the central nervous system. According to the US Food and Drug Administration (FDA) caffeine is “generally recognized as safe” in moderation. However, this advice is based on caffeine use in adults and not children and teens.

Like in adults, caffeine in young people stimulates the receptors in the brain, the nervous system, and affects other organs. Studies have that blood pressure increases and heart rate slows in children and teens who consume caffeine. However, heart rate increased with high doses of caffeine.

One of the drawbacks of caffeine is its interference with sleep. For children, lack of sleep or good sleep can inhibit brain development and growth.  A 2007 study found that 90 % of middle and high schools students said caffeine was a factor in them getting on average less than eight hours of sleep a night. Additional problems with caffeine consumption among young people are a lack of concentration and extreme restlessness.

Long-lasting effects on the neural control areas of the brain are affected by caffeine in the growing brain of adolescents and children, which continues to develop beyond teen years. Studies also show that caffeine in this population may also increase response to other drugs where standard medication dosages for children may require higher amounts that are dangerous.

Caffeine may also cause these reactions in children and adolescents:

What the American Academy of Pediatrics Says

Medical experts and the American Academy of Pediatrics recommends that children under the age of 12 should not consume any caffeine. Children older than 12 may be able to tolerate 85 to 100 milligrams of caffeine a day. This amount is equivalent to a cup of homemade coffee. In comparison, a cup of hot chocolate typically has 4 mg of caffeine.

However, many children and teens are drinking coffee at coffee shops where the amount of caffeine can be as high as 500 mg in a large coffee. Energy drinks can have 250 mg of caffeine, and many of them are sold as one serving. Caffeine pills which are being used by young athletes can contain up to 1,600 mg of caffeine, which is a dangerous level.

Caffeine use among children and teens is becoming common, but the ramifications of this early indulgence may be life-long for them.

Bjarnadottir, Adda, MS. How Much Caffeine in a Cup of Coffee? A Detailed Guide (June 3, 2017). Retrieved from https://www.healthline.com/nutrition/how-much-caffeine-in-coffee#section3.

Caffeine Consumption Among Children and Adolescents. Retrieved from https://ncsf.org/enew/

Caffeine Use in Children: What we know, what we have left to learn, and why we should worry (June 2009). Retrieved from https://www.ncbi.nlm.nih.gov/pmc/articles/PMC2699625/.