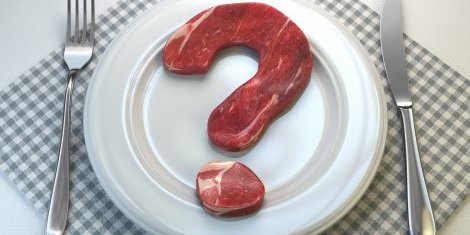 Awareness of the red meat allergy has grown fast in recent years. A big part of the growing awareness likely involves the spread of the Lone Star Tick into new areas of the United States. Get bit by the tick and you develop an allergy to red meat.[i] For many, this reality is like something out of a horror movie. Recent research suggests that the red meat allergy may be more common than thought.

How Common is the Red Meat Allergy?

In a recent study funded by the National Heart, Lung, and Blood Institute (NHLBI), researchers suggested the red meat allergy may affect 1% of the population. In areas where the Lone Star Tick is common, the number may be higher than 20%.[ii] With the tick bite appearing to be the primary source for the allergy, it’s likely the numbers will vary from region to region.

The understanding of the red meat allergy is, however, very new. As a result, there’s still a lot more questions than answers, such as whether some people naturally have an allergy to red meat. Plus, someone could have a red meat allergy, but if they don’t eat red meat, would never know. The difficulty of diagnosis makes it easy to overlook.

The Challenge of Diagnosing a Red Meat Allergy

Red meat allergies vary in intensity. This combined with a delayed onset makes it difficult for a patient to offer all the potential triggers in a conversation with a doctor. Typically, the anaphylaxis for a red meat allergy takes place anywhere from 3-6 hours after eating.[iii]

With such a delay, it’s not likely someone’s going to think about the steak they ate at dinner as the cause for their sudden allergic response. Adding to the challenge of diagnosis is that the responses are not consistent in severity nor do they always occur with exposure. When they do occur, they can be extremely serious or even life-threatening.[iv]

The Allergen in Red Meat

While popular media may blame the Lone Star Tick for the red meat allergy, the actual cause is a sugar common in red meat. It’s called galactose-alpha-1,3-galactose. This is why you might also see the red meat allergy referred to as the ‘alpha-gal’ allergy, a name which may be more appropriate as red meat is not the only trigger.

The discovery of the alpha-gal allergy came about when researchers were testing a new drug called cetuximab. This drug also contains the sugar. When it caused allergic reactions in some people but not all, researchers looked to answer why. The answer was galactose-alpha-1,3-galactose which ultimately led researchers to understand its connection to red meat and the Lone Star Tick.[v]

Symptoms to Look for In Identifying a Red Meat Allergy

As with most allergic reactions, there are no symptoms that specifically denote the cause as red meat. So far, symptoms include[vi]:

Unfortunately for those who love red meat, the only current treatment involved avoiding the meats that would trigger a response. This includes food from any mammal such as beef, pork, and lamb but even goat, whale and seal. In some people, poultry may also cause a response, so individuals need to avoid chicken, turkey and duck as well. [vii] Allergic reactions should be treated as normal.

With the bite of the Lone Star Tick being recognized as a main cause and the ticks’ area expanding, it’s likely the number of people who have a red meat allergy will grow. To prevent it, people will need to be aware of exposure to the Lone Star Tick, especially when visiting areas where is most common which includes the Southeast U.S. and Texas, although it has been found as far north as New England.