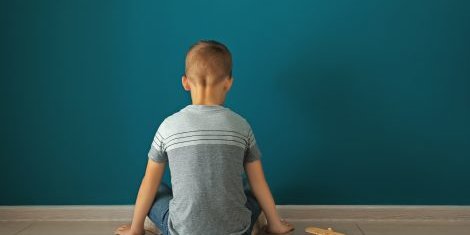 According to the Center for Disease Control (CDC), autism is the fastest-growing developmental disability in the U.S. They also note that one in every 68 children has an autism spectrum disorder (ASD) diagnosis. Experts agree that early diagnosis leads to early therapy which is important to an autistic child’s development.

Also, early detection is good for the family and especially parents because caring for an autistic child can be challenging. These and other reasons are why recent research that suggests autism may begin in the womb and metals in the teeth may be a significant clue.

Research funded by the National Institute of Environmental Health Sciences (NIEHS) a part of the National Institutes of Health (NIH) found that children with autism had higher levels of lead and less zinc and manganese compared to children without autism. The study suggests: Autism risk may increase from prenatal exposure to metals or how a child’s body metabolizes it.

Twins were studied to control genetics and focus on potential environmental effects. Researchers examined metal uptake patterns in 32 pairs of twins and 12 individual twins. Autistic twins, as well as twins where only one had autism, were studied. Also, included in the study were twins who had no autism.

“We think autism begins very early, most likely in the womb, and research suggests that our environment can increase a child’s risk. But by the time children are diagnosed at age 3 or 4, it’s hard to go back and know what the moms were exposed to,” said Cindy Lawler, Ph.D., head of the NIEHS Genes, Environment, and Health Branch. “With baby teeth, we can actually do that.”[i]

This study built on earlier research that showed a link between toxic metal exposure and deficiencies in certain essential nutrients, such as manganese. However, most of those studies were conducted on children already diagnosed with ASD.

The dentin of the baby teeth was a window to what was happening during the different stages of development in the womb. By analyzing the dentin of baby teeth, researchers were able to see the uptake levels of elements and minerals. Dentin is the layer of tissue just beneath the enamel.

Teeth development begins in the womb in the first trimester at about six weeks. Teeth form in layers with a new layer about every week or so. The growth rings on dentin leave a chronological chemical composition footprint. It like the tell-tale growth rings of trees that reveal how a tree grows. Lasers allowed researchers to remove exact layers of dentine for analysis.

Minor variances in metal uptake patterns were seen in twins where both had autism. In twins, where one had autism and the other didn’t, there were more significant differences.

Researchers not only identified specific environmental factors that increased risk but they were also able to isolate developmental periods where elements failed to regulate properly. The developmental stages and the uptake levels of toxic metals and essential nutrients are significant: The levels during the second and third trimester and early postnatal period increased the risk of ASD.

“‘Our data shows a potential pathway for interplay between genes and the environment,’ says Abraham Reichenberg, Ph.D., Professor of Psychiatry and Environmental Medicine and Public Health at the Icahn School of Medicine at Mount Sinai. ‘Our findings underscore the importance of a collaborative effort between geneticists and environmental researchers for future investigations into the relationship between metal exposure and ASD to help us uncover the root causes of autism, and support the development of effective interventions and therapies.’”[ii]

Lead, manganese, and zinc were the three elements where intake levels varied between children with and without autism.

Lead – Higher levels of lead in children with ASD were consistent through development with the autistic children with the highest levels being right after birth.

Manganese – Lower amounts of manganese were lower just before and after birth in children with autism. Levels of metal at three months after birth predicted the severity of ASD eight to ten years out from birth.

Zinc – Levels of zinc were more complicated: Autistic children had low levels of zinc in the early stages of development, but the intake levels increased after birth when compared to children without ASD.

Genes and the Environment

Manish Arora, Ph.D., from Icahn School of Medicine at Mount Sinai in New York and head researcher of the study pointed out that genes and environment both play a role in autism. The difficulty is figuring out what environmental exposures boost the risk of developing autism. “‘What is needed is a window into our fetal life,’ he said. ‘Unlike genes, our environment is constantly changing, and our body’s response to environmental stressors not only depends on just how much we were exposed to but at what age we experienced that exposure.'”[iii]

While the findings are promising for the diagnosis, treatment, and prevention of autism, researchers say that larger studies are necessary to verify the conclusions in their study. Additional research is also needed to pinpoint whether the difference in the amounts of metals and nutrients is due to exposure or is there a genetic reason for how the fetus absorbs and processes them.

Anatomy and Development of the Mouth and Teeth. Retrieved from https://www.hopkinsmedicine.org/healthlibrary/conditions/pediatrics/anatomy_and_development_of_the_mouth_and_teeth_90,P01872