Are You Thinking: Sick To Your Stomach? The Brain-And-Gut Connection 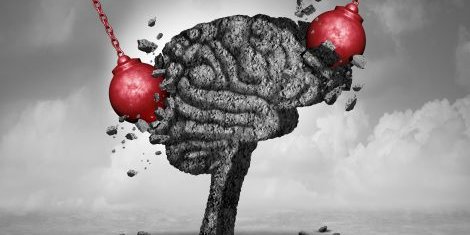 Scientists talk about what they term the “second brain” in the body – Brain-and-Gut Connection.

Researchers are examining the link between the brain and digestion system, and how the gastrointestinal system specifically can influence the central nervous system. So when people say it’s a “gut feeling” they are speaking more than a cliché.

That can be especially surprising when a person experiences feeling sick to their stomach because it may not be simply the result of a physical ailment. The problem may be related to emotions, or feelings such as anxiety or depression that spur symptoms in the gut.

Psychological factors influence the actual makeup of the gut, and contribute to such conditions as irritable bowel syndrome, or digestive inflammations or make someone susceptible to infection.

The brain-and-gut combination is increasingly becoming a focus of medical study as researchers explore mood and digestion, and the impacts that can result depending on the food you put into your body.

The examination of two key areas of the body reflect much of the approaches of Chinese medicine as well as specialists in herbs, wellness and acupuncture. They have the holistic view of the human body, examining both the brain and gut as part of the whole, not as separate parts.

Neurology and the Gut

The nervous system impacts the gut through the enteric nervous system (ENT). The interesting thing is that although neurons go through the ENT, it operates on its own, hence the name “second brain.”  The ENT, within the gastrointestinal system, can operate independently of the brain and the spinal cord, researchers say. The ENT is comprised of two thin layers of more than 100 million nerve cells that line the gastrointestinal tract, from your throat on down.

The ENT can communicate with the central nervous system through other nerves, but can still function on its own, and it actually relays information to the brain. breaks down certain food, and helps absorb nutrients or eliminating them.

Understanding the ENT connection is important because mind-body therapies can have an impact on bowel-disorder treatments. And there is another link, too, because experts say a higher than normal percentage of people with IBS and other related problems develop depression and anxiety.

The signal could sometimes act like an amber or red traffic light – giving a cue to stop eating certain foods. If you feel a little “off” after certain food, the ENS may be reacting to food you ate, and send the signal to the brain.

Getting the Gut Healthy

There is a bacterial population that lives in the intestines called gut microbiota, and there are good bacteria and bad bacteria. There are tens of trillions of microorganisms and people are affected differently. Much of the bacteria we acquire during birth, and the gut microbiome also has an influence on your emotions, through the “brain-gut” connection.

Researchers have said that when there is an imbalance between good and bad bacteria, it can result in disorders including irritable bowel disease, obesity, cancer, and arthritis.

Probiotic bacteria, called Lactobacillus rhamnosus, contains a neurotransmitter called GABA that helps regulate brain activity and can thwart anxiety, according to the National Center for Complementary and Integrative Health. Changing the make up of bacteria in the gut “through specific diets” may help to treat stress-related and neurodevelopmental disorders, including autism and hyperactivity, the NCCIH says.

Bad and Good Foods for the Gut

Some foods simply can cause problems and illness going through the body, and are responsible for chronic inflammatory conditions and other issues, depending on the person.

Some of the foods that could cause difficulties are processed foods, red meat, sugar, high fructose corn syrup, gluten, dairy, high sugar and carbohydrate diets.

When the brain’s protective barriers that insulate it from harmful substances is somewhat broken because of irritating foods or infections that create what is known as a leaky gut. The leaky guts can release antibodies that allow harmful substances into the brain. That can be one of the main factors behind autoimmune and chronic inflammatory conditions.

Researchers say that changing the bacterial makeup in the gut through different diets may help to treat stress-related and neurodevelopment disorders.  People should eat several servings – as many as five – of fruits and vegetables each day to help the good bacteria, and diminish the bad bacteria.

An overwhelming number – 90 percent – of serotonin is stored in the gut.  Serotonin, sometimes called the happy chemical because it is linked to happiness, is a chemical found in the brain and bowels that send messages among nerve cells. Keeping this and other so-called neurotransmitters in the gastrointestinal tract healthy are vital for the brain, too.