Amid The Opioid Crisis: Heroin 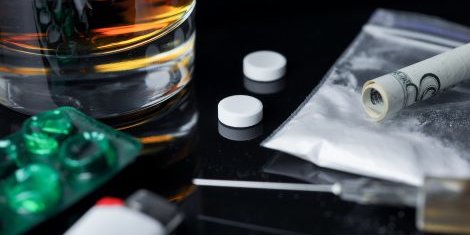 In the midst of the opioid prescription crisis among patients using prescription drugs in the U.S. in recent years, there has been rising concerns about heroin that is never prescribed and illegal, but has been a constant concern for generations.

According to the National Survey on Drug Use and Health (NSDUH),  in 2016 about 948,000 Americans reported using heroin within that past year, which officials said represented a steady growth that well more than doubled from 404,000 in 2002. And the number of people that used heroin for the first time was 170,000, nearly double that of 2006.

Heroin is an opioid drug (narcotic opiate) made from morphine, a natural substance taken from the seeds of poppy plants grown in Asia, Mexico and Colombia.  Heroin can be of different colors, such as white, brown or black. Sometimes it contains additives, such as sugar, or starch. People who use the illegal drug snort, smoke or inject it.

The Drug Enforcement Administration classifies heroin as an illegal Schedule I substance with no accepted medical use and a high potential for abuse.

The use of heroin can lead people to overdose, which can slow or stop breathing. It is a condition called hypoxia. Such a reaction can have short and long term effects on the nervous system.

Unfortunately, some people who regularly use heroin often develop a tolerance for it, which means they may need higher doses to get a desire effect, such as pleasure or overcoming pain. Addiction also can impact users who try to stop using heroin abruptly, with severe withdrawal the result.

Heroin use and opioid crisis

Authorities in the U.S. say they are continually studying the relationship between prescription drugs opioid abuse and heroin use, with many users opting for heroin because of its accessibility. While a relatively small percentage – 4 percent – who misused prescription pain medications started using heroin within five years, it is considered another key role that leads to use of heroin.

Fentanyl is a synthetic opioid that is 50 to 100 times more powerful than morphine. Recently, traces of fentanyl have been found in many other illegal drugs, including heroin. This is a public health concern because the strength of fentanyl makes overdosing more likely.

Once heroin is taken, it enters the brain quickly, and binds to opioid receptors in various cells, especially those related to feelings of pain and pleasure, with a significant impact on sleeping and heart rate.

Naloxone is a medicine that can treat an opioid overdose when given quickly. It works by rapidly binding to opioid receptors to block the effects. Naloxone is available as an injectable solution, a handheld auto-injector and a nasal spray.

Occasionally, S more than one dose may be needed to help a person start breathing if they stopped. That’s why, officials say, it’s important to get the person to an emergency department or a physician.

People who use heroin over the long period may develop these conditions:

There is a range of treatments, including medicines and behavioral therapies that help people not only stop heroin use but also with withdrawal. Cognitive-behavioral therapy, for instance, may help modify patients’ drug use expectations and their ability to manage stress.

Chinese herbs such has ginseng, Rhizoma corydalis, Salvia miltiorrhiza, and Radix Pueraiae have been used to complement treatments for opioid addiction, and also combat withdrawal symptoms. Traditional Chinese herbal medicines “may be clinically useful for the prevention of opioid abuse and dependence, and to prevent relapse to chronic drug dependence,” according to a study last year in the International Review of Neurobiology.

Heroin. What is the scope of heroin use in the United States? 2018. Retrieved from: https://www.drugabuse.gov/publications/research-reports/heroin/scope-heroin-use-in-united-states

National Institute on Drug Abuse. Drug Facts. What is heroin? Retrieved from: