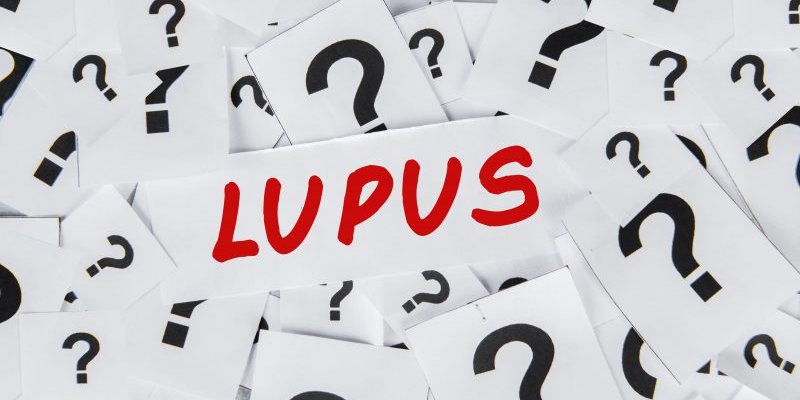 Systemic lupus erythematosus (SLE) is a chronic autoimmune disease in which the body’s immune system mistakenly attacks healthy tissue in many parts of the body. SLE is characterized by the production of anti-nuclear antibodies (ANAs) in the blood of patients in association with a diverse array of clinical manifestations. SLE can affect many parts of the body, including joints, skin, kidney, heart, lung and brain. Clinical symptoms are various depending on organs involvement and disease stages.

The conventional treatment approach includes antimalarials, steroids, non-steroidal antiinflammatory (NSAID) and immunomodulatory agents. Although the prognosis is improved remarkably due to the development and approval of new drugs such as Rituximab, Belimumab, treatment of SLE remains a challenge especially for those with disease refractory. It was reported that over 50 % SLE patients pursue complementary and alternative medicine (CAM) to reduce symptoms and improve quality of life (1). The reasons may include: 1) side effects of conventional treatment such as chemotherapy and corticosteroids; 2) treatment needs to be individualized as SLE can affect different people in different ways; 3) patients with pain, fatigue, constitutional symptoms, mood and psychiatric disorder require a holistic, integrative approach; and 4) multidisciplinary manifestations may beyond the expertise of rheumatologists who may focus on the disease’s immunologic dysfunction. Commonly used Complementary and Alternative Medicine (CAM) include vitamin D, acupuncture, traditional Chinese medicine (TCM), mind-body interventions and other remedies such as Omega 3 fish oil and N-acetyl cysteine.

Acupuncture is an effective pain management approach and is widely used for the treatment of back pain and osteoarthritis (15). Clinical studies are encouraging for the potential of acupuncture in the treatment of pain, fatigue and psychological disorder in SLE patients. However, data is limited in the literature for its application on SLE patients. A recent clinical study by Greco and colleagues showed 40% of SLE patients who received acupuncture achieved more than 30% improvement on standard measures of pain (16). The result suggested that acupuncture add-on treatment was superior to the standard SLE treatment alone. Interestingly, acupuncture has been found to significantly reduce cyclophosphamide-induced nausea and vomiting compared to anti-emetic medication alone in SLE patients (17). Although further studies will be needed, together with case reports in literature, these data suggest that acupuncture can be considered as an integrative approach for symptomatic management of SLE.

Generally speaking, Traditional Chinese medicine (TCM) focuses on the holistic regulation of body’s function by restoring the balance of Yin and Yang, Qi and blood in disease conditions.by   herbal medicine, acupuncture, cupping, meditation and other approaches according to TCM principles and theories. In TCM theory and terms, SLE is caused by excessive heat, and Yin deficiency in “liver” and “kidney”. Many herbal medicines have been used to treat SLE although a lot of them lack randomized controlled trials. A clinical study showed that turmeric supplement improved lupus nephritis by significant reductions in proteinuria, systolic blood pressure, and hematuria (18). Tripterygium wilfordii is an effective anti-rheumatic agent for its anti-inflammatory and immunosuppressive effects supported by accumulated evidence from RA and SLE studies (19). However, serious side effects including infertility, amenorrhea, bone mineral loss limit the wide use of Tripterygium in patients (19,20). There are growing data from pre-clinical studies support Chinese herbal medicine could be used as complementary therapy in the treatment of  SLE including Moutan Cortex, Rehmanniae, Glycyrrhizae, Astragali and Artemisia Annua (21).  It is necessary to point out that compound Chinese herbal medicine are the main therapeutic approach in TCM instead of single herbal medicine. The combinational use of herbal medicines based on TCM principles is the essence of Chinese herbal medicine (22).

The use of CAM is common in SLE patients due to reduced quality of life, undiagnosed physical and psychiatric disturbances, and unsatisfied with conventional management. It is important for the physicians to integrate CAM with conventional medicine, and provide holistic strategy for the treatment of SLE patients. Further randomized controlled trials are needed to consolidate its effectiveness and side effects in the treatment of patients with SLE.