9 Benefits Of Cordyceps, According To Research 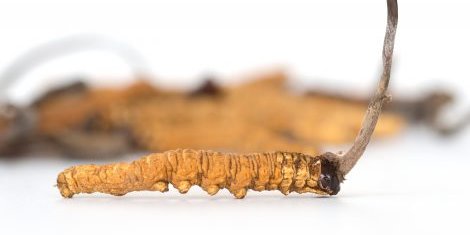 Cordyceps are a strange breed of plant food with benefits. While a fungus, they are not technically mushrooms. Instead, Cordyceps are a parasitic, fungal spore that was once thought to be worms. Cordyceps kill their hosts (ghost moth and caterpillar larvae) by taking over their body. Eventually, they replace the host tissue by growing outside of it.

While strange, they have some powerful healing abilities according to Traditional Chinese Medicine and Tibetan healers. Cordyceps, also known as Chinese Caterpillar fungus, has been used since ancient times for their medicinal value. They only grow in very high mountain elevations more than two miles above sea level.

Their popularity as a superfood grew in the west after a coach for Chinese record-breaking female track runners credited cordyceps as the reason for part of the runners’ success. Cordyceps was said to have improved the runners’ performance and endurance. Because of cordyceps popularity, their rarity, and how expensive wild cordyceps are, they are now cultivated.

Cordyceps are considered beneficial to health in many ways including increasing longevity and improving energy. Research is beginning to back up cordyceps’ health claims.

Cordyceps is unusual in the way they grow.  Yet consider that they’ve been used for thousands of years and their health value is undeniable considering research results. The Chinese government has approved Cordyceps CS-4 (cultivated, standardized strain) for medicinal use.

This information is for educational purposes only. It’s not intended to diagnose, treat, or recommend any therapy or course of treatment. Always, consult with your doctor before considering a new therapy, the use of herbs, or supplements.