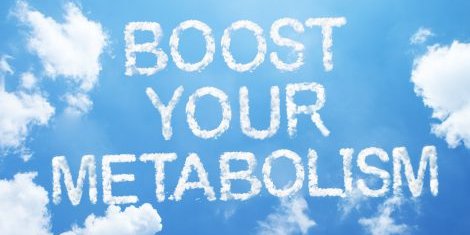 Everyone can use a little extra energy from time to time, what are effective energy boosting herbs?  With the rigorous schedules and obligations healthcare providers (HCPs) have, not to mention their commitments to family, energy can get used up quickly. Coffee may offer a quick pick-me-up, but too much of it and the jitters and a crash follow.

Fortunately, natural alternatives do exist. Unlike caffeine, many also support overall health and well-being. This makes them ideal for HCPs who need to power through their days. They’re also great alternatives for patients who may struggle with low energy.

We’ve put together a list of 6 incredible energy boosting herbs from around the world. Three of them are featured in Energy Power Plus [LINK TO PRODUCT], an Innovative Chinese Medicine formulation featuring two ancient herbs and one relative new-comer to the Chinese Herbal Medicine pharmacopeia.

The great thing about all 6 of these is the absence of side effects. Where the caffeine in coffee and tea can cause that jittery feeling and, if taken in the afternoon, prompt insomnia, these come side effect free and provide all-day support.

This one is a treasure of Chinese Herbal Medicine. Flavonoids and glycosides, especially salidroside, power this herb and its adaptogenic properties. It grows around the world and has been used to overcome both physical and mental fatigue. It’s one of the go-to herbs for Sherpas who live and work in the harsh, high-altitude conditions of the Himalayas.

For Rhodiola, there’s tradition and there’s research. Through the centuries, people have turned to it because it works. Research has sought to isolate what it does and how. While research is ongoing, studies have found:

This energy-booster has become wildly popular in recent years. Yet, like Rhodiola and others on this list, it’s been a staple for centuries. It’s scientific name is Lepidium meyenii and is commonly known as Peruvian Ginseng. Regardless of its name, maca root has been an integral part of the diet for the indigenous peoples in the Andes mountains.

Maca’s nutrient density qualifies it as a superfood. It’s loaded with vitamin C, niacin and vitamin B6 as well as dietary copper, potassium, iron and calcium.[vi] It also supplies iodine, a mineral everyone needs but many often don’t get enough of.[vii]

Maca became popular in the West for its positive affect on libido and its support of a woman’s sexual health. People familiar with maca have known it also possesses powerful anti-fatigue properties. Research so far has observed:

Ok, this herb is really a fungus. And the nature of it’s fungus may contribute as much to its notoriety as its powerful energy supporting effects! Also known as the caterpillar fungus, Cordyceps is another of those herbs popular with the Sherpas and others who live in the Himalayas. It’s also a rare herb with wild-harvested Cordyceps going for the thousands of dollars per pound!

The price makes the native herb inaccessible to many. However, research and advances in technology have revealed where the active compounds come from in the fungus. This has made it possible to mass produce the mycelium to make its energy enhancing and health benefits available to a wider audience!

How does Cordyceps boost energy? Researchers have found:

Native to Northern China and Northeast Asia, the berries of this creeping vine have been popular in Chinese Herbal Medicine for its adaptogenic properties. It’s known as omija in Korean. Traditional practitioners have used it to promote liver function, increase energy, promote relaxation and support libido. The berries can be blended in juices and smoothies, although their taste includes all five flavors – salty, sweet, bitter, sour and pungent, so they’re rarely eaten on their own.

Schisandra’s popularity is relatively new, but so far researchers report:

You probably expected to see this one here. One of Ayurveda’s most prominent herbs, Ashwagandha, aka Indian ginseng or Withania somnifera, has been used as a tonic for a variety of conditions. Traditionally, it has been used to ease stress and anxiety, lift the mood, and restore vigor to the patient.

Like other energy-enhancers, Ashwagandha is an adaptogen. It has been widely researched for a variety of conditions including brain, heart and nervous system health, with benefits observed in each of these areas. A general review of its effects identified it possesses antioxidant, anti-inflammatory and anti-fatigue properties and helps to ease stress and improve immune response.[xviii]

For energy, the studies show Ashwagandha:

This herb’s popularity has led it to become endangered in the wild! Native to the Eastern U.S., it has long been used by Native Americans for a safe and quick energy boost.

Today, American Ginseng, or Panax quinquefolius, is used around the world. People take it for energy and to fight colds and viruses. It’s even been shown to support memory and improve blood sugar metabolism.

And the research shows American ginseng has proven anti-fatigue effects. In one study, cancer patients were given American ginseng during treatment. Those who received it had more energy and responded better to their therapy than those in the control group who did not receive it. [xxii]

Research continues into how American Ginseng promotes energy and reduces fatigue. Some studies have suggested: