Being Bored? Take Advantage Of It? 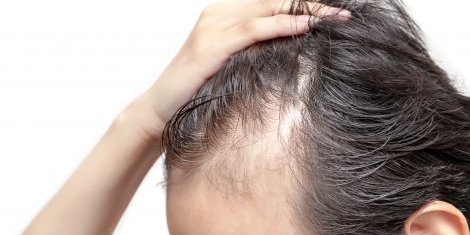 Take advantage of being bored

Taking advantage of being bored amid a busy time, with work, kids, family and friends, commuting, to-do-lists and the constant barrage of news to absorb.

There are simple tasks that have to be accomplished. Washing the dishes, throwing out the trash, cleaning the house or apartment, mowing the lawn or wondering when you won’t be stuck in traffic. And while doing those tasks, there is something else that may draw your attention: you are bored.

Bored. Let that sink in. During those times you are bored you may feel anxious about it, because we are so stimulated that you may feel guilty about not being engaged in something. You may decide then to quickly check emails on a smartphone, watch TV. The feeling of uncertainty may make you feel even more stressed.

But oddly enough, there have been recent studies, books and other research that shows boredom may spur your inner creativity. Boredom actually encourages people to explore and push toward new ideas, in some respects because there is something lacking at the current time. In addition, it opens the door for daydreaming, and may add positive connections.

The recent studies contradict earlier reports from years ago that people who were bored had been prone to being easily frustrated by doing something challenging.

Manuosh Zomerodi, a journalist who has written a book on the issue, “Bored and Brilliant,” said in a Ted Talk

her conversations with neuroscientists and cognitive psychologists showed that when you are bored you ignite something in the brain – the “default mode.”  She describes what’s happening inside the brain like being on “autopilot.” While someone may be doing laundry, or walking, she says, “the brain actually takes the seeming down time to be really busy.”

When it appears you are doing mundane tasks, the brain is “really busy,” she says.

“Once you start daydreaming and allow your mind to really wander, you start thinking a little bit beyond the conscious, a little bit into the subconscious, which allows sort of different connections to take place,” said Zomerodi. “ It’s really awesome actually.”

Reseacher Andreas Elpidorou of the University of Louisville writes in a journal article that boredom is a helpful motivator for people, and possibly helps them to pursue other goals or a path they would normally go.

“Despite its impressive historical backing, the view that boredom is entirely negative should be rejected,” Elpidorou writes. “Boredom helps to restore the perception that one’s activities are meaningful or significant. It acts as a regulatory state that keeps one in line with one’s projects. Boredom is both a warning that we are not doing what we want to be doing and a ‘push’ that motivates us to motivates us to switch goals and projects.”

Researchers also found in several studies  the creative power of boredom. Boredom during passive activities, like reading reports or some drawn-out meetings, heightens the “daydreaming effect” on creativity, the more passive the boredom, the more likely the daydreaming and the more creative you could be afterward,” the researchers said.

So what should you do?

Well, if you find you are doing some boring tasks, do them first, but while you are accomplishing them, let your mind just  embrace dreaminess.

“So don’t feel guilty about a little boredom, let your mind wander, embrace the state of boredom because feelings and emotions highly affect the things you think about,” Zomerodi writes.

Like many things, if you get bored too often, that’s probably no good. If you are easily bored, there may be signs that you are more prone to depression, or engage in addictive behaviors, which may be a mistaken attempt to cope with their feelings.